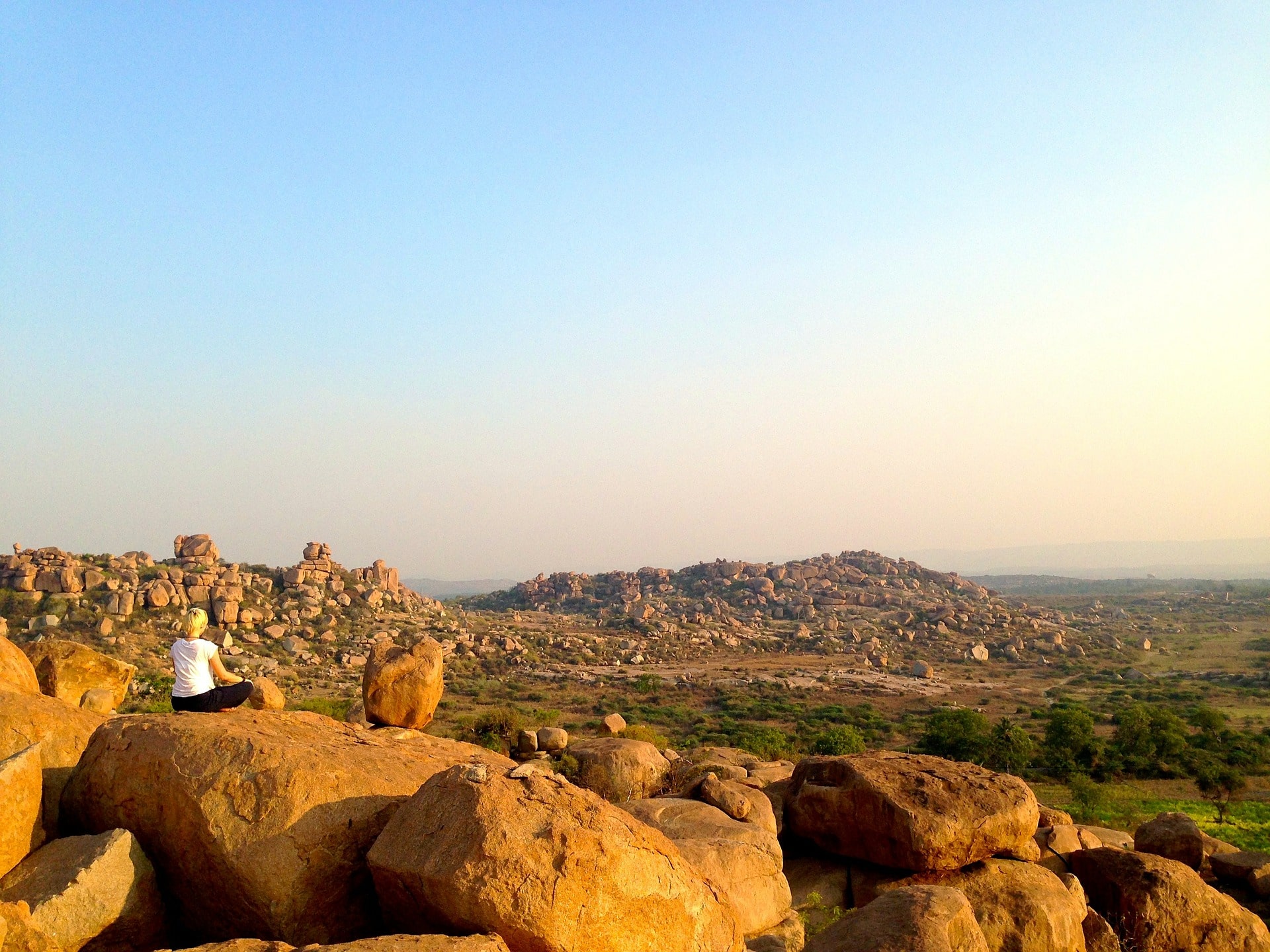 Karnataka is a state in South India that has a variety to deliver Regrettably, Karnataka is mostly ignored in favor of nearby Goa, Kerala, and Tamil Nadu. Those who visit Karnataka’s top tourist attractions will be honored with an unforgettable blend of nature, nature lover  culture, beaches, and meditation.  Here are the top 10 tourist destinations in Karnataka:  Awesome scenic beauty, beautiful beaches and  Cave temples .Below  are the top 10 tourist destinations in karnataka

Coorg is India’s leading supplier of coffee. It is also one of the 10 tourist top in Karnataka destinations  areas in India with the most rainfall. The Kodava, Tulu, Gowda, and Moplah communities make up the Kodagu district, with the Kodava community being the most financially and culturally strong. Famous in coffee plantations and pleasant weather. Agriculture, coffee cultivation forestry, and tourism all contribute to the economic system Coorg or Kodagu is a district in Karnataka with the district capital in Madikeri. It is sited 265 kilometers from Bangalore, 117 kilometers from Mysore, 132 kilometers from Mangalore, 322 kilometers from Coimbatore, and 362 kilometers from Kochi. It is also recognized as the Scotland of India, as it is located at an elevation of 1525 meters on the Western Ghats. Some of the best places to visit in Coorg are Talacauvery, Abbey Falls, and Dubare. According to the Puranas, Kodava is a renamed version of Krodhadesa, which means Land of Anger, and was populated by the Kodava tribe. According to a few historiographies, it was named after the Cauvery River.

It was the former capital of the Mysore Maharajas, who ruled the region of Mysore from 1399 to 1947. With its palaces, historical houses, rituals, and temples, Mysore maintains its old-world beauty It is known as the City of Palace. It is located at an altitude of 763 meters and is surrounded by hill ranges. Mysore is one of the best travel destination places to visit on a two-day trip from Bangalore, and Mysore Palace is one of the must-see attractions in any Mysore tour package. Mysore was dominated by the demon-king Mahishasura, according to the mythological Devi Purana. Since he was a buffalo-headed beast, he was known as Mahishasura. Goddess Parvathi took the form of Chamundeswari and defeated the monster after hearing the prayer services of the Gods and Goddesses to save them from the beast. As a result, this location became known as Mahishuru, which was later renamed Maisuru & Mysore.

In Sanskrit, Chikmagalur indicates “Land of the Younger Daughter. It is stated to have been granted as a dowry to Rukmangada, the iconic Sakrepatna chief, and there is also a place called Hiremagalur. Territory of the Elder Daughter, which is now a part of Chikmagalur town. According to old writings, these two locations were once recognized as Kiriya-muguli and Piriya-muguli. Chikmagalur is known for its tranquil atmosphere, lush green forests, and towering mountains makes it as a best travel destination site. The must-see places in Chikmagalur Tourist Attractions contain Baba Budangiri, Mulliyangiri, and Kemmanagundi. Chikmagalur (also known as Chikkamagaluru) is a hill station in the Chikmagalur district of Karnataka, situated 40 kilometers from Kadur, 62 kilometers from Hassan, 148 kilometers from Mangalore, 178 kilometers from Mysore, and 240 kilometers from Bangalore. Chikmagalur has become one of the best hill stations next to Bangalore, located at an elevation of 3,400 feet in the Mulliyangiri range. It is also one of the must-see places in Karnataka tourist attractions whcih is located in south india.

Udupi is a popular temple town and the head offices of the Udupi district, located 65 kilometers from Mangalore, 102 kilometers from Murudeshwar, 147 kilometers from Shimoga, 309 kilometers from Mysore, and 403 kilometers from Bangalore. It is also one of the most well-known pilgrimage sites in Karnataka, as well as one of the best places to visit in the state. Udupi, situated between the verdant Western Ghats and the Arabian Sea, is a landscape of breathtaking beauty. Sri Krishna Temple is one of the must-see attractions in any Udupi tour package. Odipu was the source of the city’s name.

Gokarna is a sacred Hindu place in Karnataka and one of the best attractions of Karnataka Tourism. It’s about 514 kilometers from Bangalore. Sri Mahabaleshwar Temple, which residences the Atmalinga, is a must check-up venue based on the Gokarna tour packages. Gokarna is viewed to be the Mukti Stala, where Hindus are performing funeral rites. Gokarna is also home to the best beaches in Karnataka, along with Om Beach, Kudle Beach, and Gokarna Beach makes it as a beautiful travel destination in Karnataka.

Bandipur National Park has been one of Karnataka’s best-preserved national parks and now one of India’s top wildlife destinations. It is stationed between Mysore & Ooty, 80 km from Mysore and 215 km from Bangalore. Propagate over 874 km2, Bandipur is an aspect of the popular Nilgiri Biosphere Reserve together with Nagarhole National Park, Mudumalai National Park, and Wayanad Wildlife Sanctuary. This is one of the places to be included in the Mysore Tour Packages as this is one of the 15 sanctuaries having access to the Campaign Tiger Scheme.

Nagarhole National Park is one of India’s best wildlife preserves. The park, also famous as Rajiv Gandhi National Park, is located approximately 218 kilometers from Bangalore and is one of the must-see attractions in Karnataka tourist attractions. Nagarhole is a national park in Karnataka that spans the district lines of Mysore and Kodagu. It was designated as the 37th Project Tiger Reserve in 1999. The UNESCO World Heritage Site designation is being considered for the Western Ghats Nilgiri sub-cluster, which encompasses all of Nagarhole National Park. It is one of the must-see attractions in every Coorg tour package.

Hampi is a well-known UNESCO International Historic Site in northern Karnataka, located on the banks of the Tungabhadra River. Hampi, about 340 km from Bangalore and 377 km from Hyderabad, is one of India’s leading historic buildings and one of the must-see destinations on your Karnataka vacation. Hampi is a historically and architecturally important site since it is located inside the ruins of Vijayanagara, the Vijayanagara Empire’s old capital It’s an open-air museum of architecture, religion, and culture, with countless gems carved out of stone. Virupaksha Temple, Vittala Temple, and Hampi Bazaar are only a few of the must-see attractions in Hampi.

Bangalore, the provincial capital of Karnataka, is known as the “Garden City of India.”whcih is located in south india . It is India’s fifth-largest city and one of the top tourist attractions in the state. This is one of India’s most rapidly developing manufacturing and commercial centers. Because of the massive number of tech corporations that have set up shops in the region, it is often referred to as India’s Silicon Valley. Bangalore is also one of the top tourist attractions in South India, with numerous attractions such as heritage palaces, parks, museums, and temples. Several of the must-see attractions in Bangalore are Lalbagh Garden, Cubbon Park, Tipu Sultan’s Palace, Bangalore Palace, Bannerghatta National Park, and Vishveswaraiah Museum.

Murudeshwar is a famed tourist attraction in India and among the most well-known places to visit in Karnataka. Mangalore is 162 kilometers away, and Bangalore is 497 kilometers away. Lord Shiva’s residence is Murudeshwar. The area is known for having the world’s second-tallest Shiva statue (123 feet) and the world’s highest temple tower (249 feet). The Murudeshwar Temple, which stands atop Kanduka Giri, is surrounded on three sides by the sea. This is an excellent spot for watching the sunset. Murdeshwar Beach and Kollur Temple are major tourist attractions in Murudeshwar. Notable features include Gokarna, Karwar, Kollur, Udupi, Jog Falls, Sirsi, and Sringeri.

Continue reading with the trending blogs…