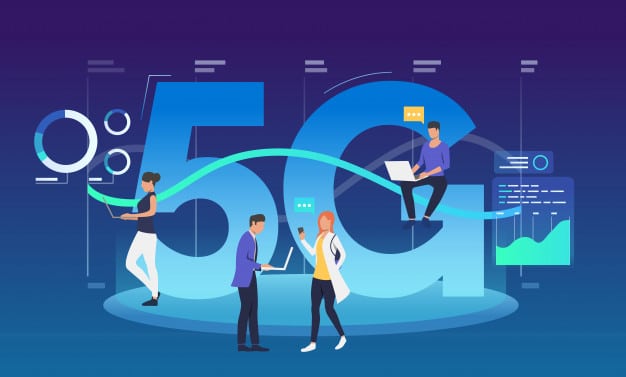 The world of telecommunication has seen rapid changes in the recent past. Mobile networks were constantly updated with the latest technologies, and 5G in India is the latest addition to this. When 1G was introduced, it could only handle voice calls with the technology being used. In the current generation of mobile networks, the 4G aka 4th generation phones, can easily process web browsing, voice, video, and text connectivity at much higher resolutions and speed. As the field is getting evolved fastly, and the need for a faster, undisrupted network has now brought us to the new face of mobile networking, 5G.

The 5th Generation cellular network, which can pretty much eliminate the latency, speed, and utility problems currently faced in 4G networks. The technology is currently on a rollout and will be available for the public in the coming year or so.

India has now decided that the trials on 5G networks should be conducted to ensure the practicality and reachability of the service throughout the nation. The Department of Telecommunication India has granted permission for companies like Vodafone Idea, MTNL, Reliance Jio, Samsung, Bharti Airtel, and such to proceed with the trial runs.

However, the government has denied access to all the Chinese telecommunication service providers to conduct the 5G trial runs in India. The approved companies are also directed to not use or cooperate with technologies developed or manufactured by the Chinese entities completely.

This decision can be interpreted as the severed ties between India and China, following the border issues and Chinese phone security issues that made the hot headlines last year. The Indian government had banned all Chinese applications as a follow-up of this issue, stating that they were a threat to national security and a violation of the confidentiality of personal data of Indian citizens.

It is expected that the remaining market for Chinese-based smartphones and other telemarketing devices will be completely taken out owing to the burning scenario of security issues.

Although many international companies have launched their latest 5G models, as of now, India with the COVID-19 pandemic at soaring highs is delaying the unveiling. Most telecom companies, including Bharat Sanchar Nigam Limited (BSNL), have teamed up with third parties to provide the service.

It is expected that the companies which currently possess permits to unveil their 5G smartphone models will launch them soon enough. Most models with new technologies and upgrades are unveiled around the year’s beginning.

The US has also backed India’s decision to exclude Chinese companies from the 5G launch. The spokesperson shared that the concern is genuine and no nation would want to put their security and integrity at risk. The exclusion concern had gained more attention when some of the Chinese companies allegedly revealed that the People’s Republic of China had forced them to cooperate in national matters.

Let us wait to see what will be India’s next move in the 5G launching program with the pandemic wreaking havoc in the country and the Chinese product ban in effect.