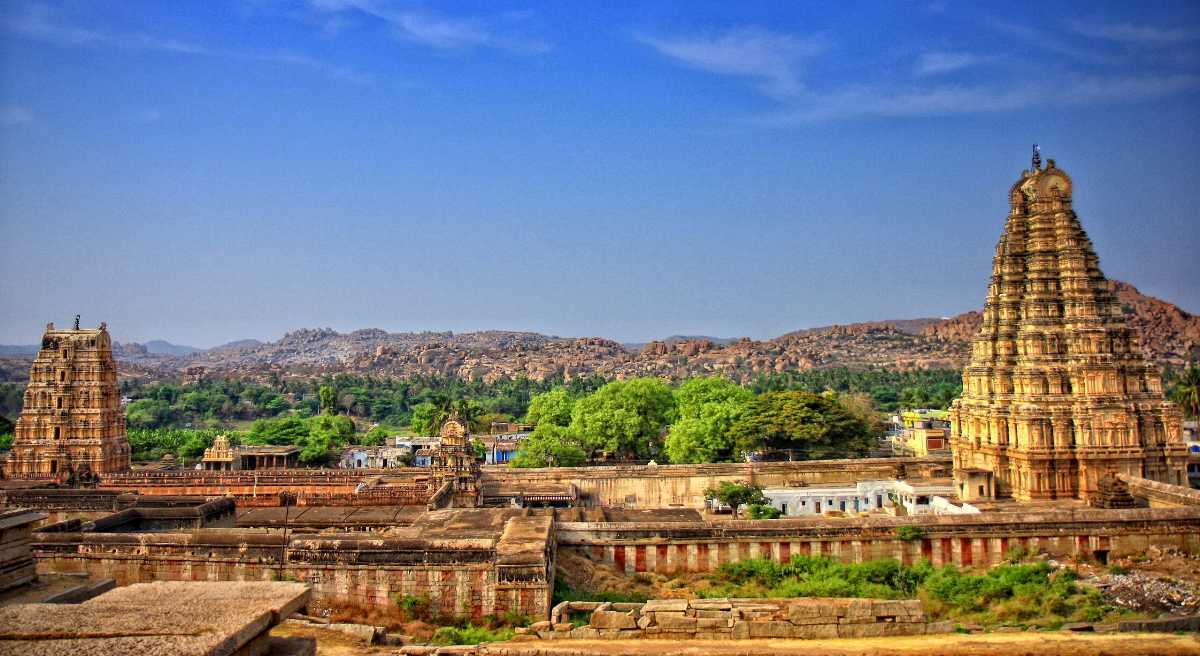 Hampi is a city in the south Indian state of Karnataka which is an ancient city with religious values. The temple complexes one could see here reminds the Vijayanagara Empire. The city enjoys bliss with the touch of the river Thungabhadra. Hampi is declared as a world heritage site. The travellers to Hampi is attracted by the monolithic sculptures and monuments that this city holds. We could find the excellent workmanship in temples of Hampi. Hampi is one of the best tourist come pilgrimage destination in south India. The city which encompassing ancient culture and historic standards was believed to be founded by Harihara and Bukka. Hampi is we known for its architecture and also for its ruins and is remains a best ever tourist destination.

Architectural marvel of human genius can be found in Hampi, especially on temples and monuments. This turns to be one of the reason why tourists are attracted to this ancient city of Hampi. During 14th century Hampi was regarded as the capital of Vijayanagara Empire under Krishna Deva Raya. An abundance of tourist places can be found and this profess the richness of the city in case of tourism.

Hampi celebrates a famous festival ‘Purandara Festival’. This is an annual festival which held in January to February. This festival is celebrated in Vittal Temple associated with the birth anniversary of medieval poet Purandar.

There are two broad classifications in tourist places in Hampi.

15th century Virupaksh temple is situated in this area. This can be regarded as the oldest temple in the city.  Hemakuta hill can be found south of Virupaksha temple. This contains ancient ruins, jain temples and also monolithic sculpture of Lord Narasimha.

There are the places having tourist values in Hampi Bazaar Area.

One could catch a number of tourist attractions in this area of Royal Centre.

A pavilion within walled compound. A blend of indo-Islamic architecture. This is known as zenana enclosure.

The museum is rich with great collection of sculptures from Vijaya nagara Empire.

Hampi tourism provides you an excellent and full-fledged enjoyment of travel. A group of monuments welcomes you which includes Virupaksha Temple, Narasimha Statue etc.

The winter season seems to be the best season to go for a visit to humpi, especially from the month of October to February. Hampi could be one of the best choice for your tourist destination.